Get fresh music recommendations delivered to your inbox every Friday.

from The Driftin Outlaw Band 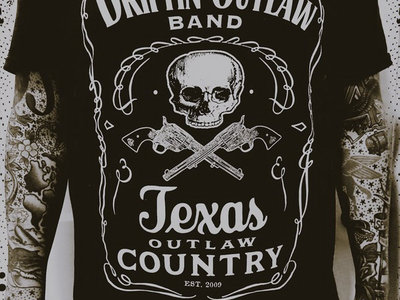 This shirt is going to change your life. The earliest known records of a human settlement are of Catal Hoyuk an Early Neolithic site in Anatolia, south central Turkey (6300-5500 BC). The oldest records of ancient Egypt go back to approximately 3250 BCE. Stonehenge is dated as approximately from 3100 BCE. Recorded civilisation only goes back 5000 years...but what was going on the four billion five hundred forty-two million nine hundred ninety-five thousand years before that...The secrets to that and many more lay in this shirt.

ships out within 5 days